A server patch was performed at around October 7th, 4pm (PDT) / October 8th, 1am (CEST) as a response to issues found in the current game version.
Please check out the details below.

- Changed so that the Costume cards purchased from the Lumena Shop can be traded in the Marketplace.
* Costume cards owned from before maintenance can also be traded.

- After drawing at Ancient Altar, the number of available draws are displayed on the drawing result screen.

1. Changed so that the only listing fee of sold items will be returned.
* The listing fee for items registered to be sold if they were retrieved or their listing has expired.

2. Changed the Marketplace access limit from level 27, to being accessible in stages.

- Changed the amount of Convert Pyrite and Grinding Stone consumed for crafting from 2 to 1. 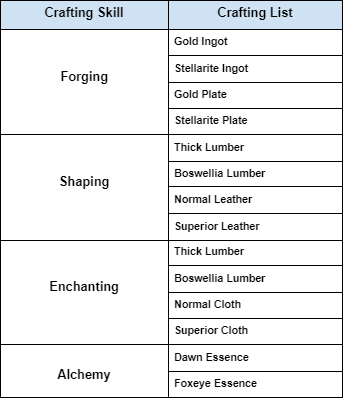