We received a lot of questions in the global community since the “Bless Unleashed PC Update Roadmap (2021 - 2022)” announcement was posted.

To resolve your questions, we answered some major questions regarding the Roadmap.
Please see the details below. 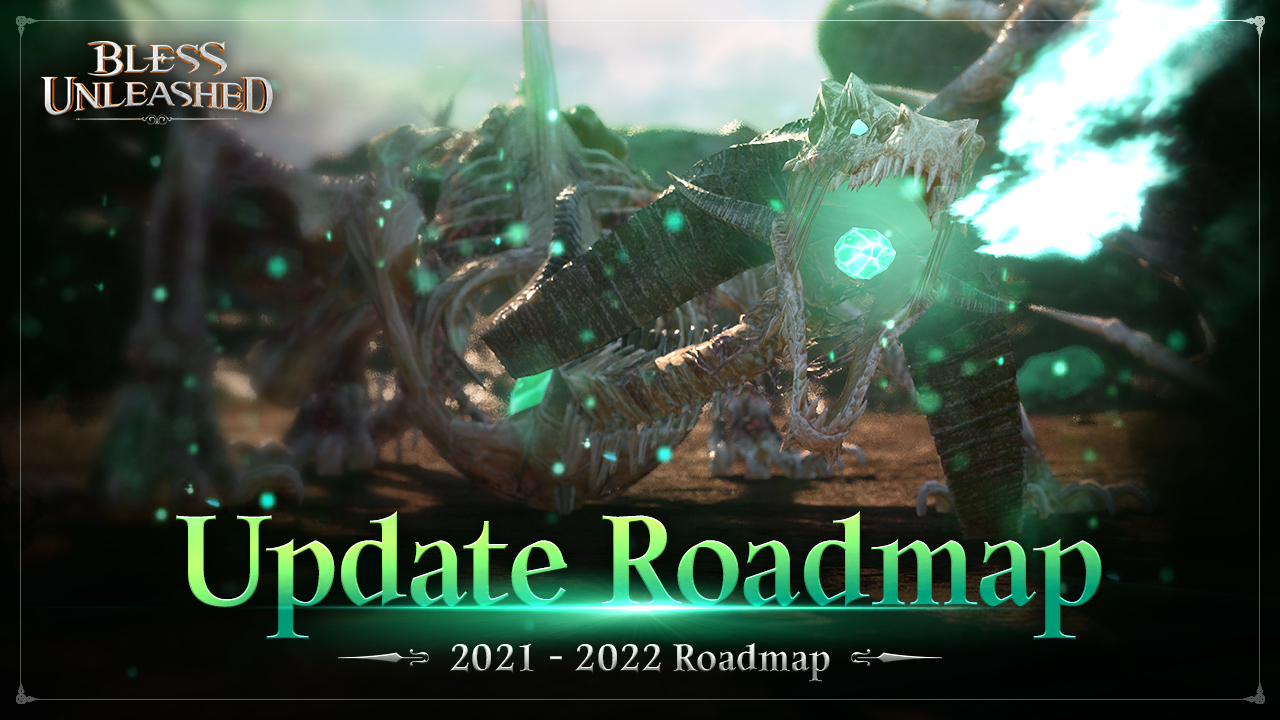 Q1. Are there plans for an update for new players?
: We are preparing support events and various systems for new players so they can enjoy the game together with existing players. There are also plans to continuously add new classes to
recruit more new players.

Q2. Updates for features that players consider high priority seem to be taking longer than expected. Will QoL/convenience improvements be made as soon as possible regardless of the roadmap schedule?
: The Roadmap only shows the development schedule of aspects that have already been decided. QoL/convenience improvements will continue to be made regardless of the Roadmap schedule.

Q3. The Roadmap doesn’t seem to mention balance or class improvements. When will these changes occur? We also want to know if you are aware of the balance for close ranged classes in high-level dungeons.
: As mentioned in the Roadmap video, class balance patches are made with careful consideration. So we understand that news regarding such changes may seem frustratingly slow. A balance patch will be made in the upcoming update expected at the end of October. Further details will be shared in a later announcement.

Q5. Can you provide details on the Assassin class? We want to know if the weapon used is a dagger or bow, as well as what skills are planned for the class.
: The new class, Assassin, uses a dagger as a main weapon and attacks secretly and quickly. It sometimes ambushes the enemy from behind or navigates between enemies to execute a wide ranged skill. We believe this class will be perfect for players who prefer stylish combat.

Q7. Can the Assassin class update be made faster?
: Thank you for your interest in the release of the new class. We are doing our best to release the new class as soon as possible, but it will be difficult to have it available earlier than the announced date due to the development schedule.

Q10. Why is the hurdle set so high for the new dungeons? Does this mean that the chances of acquiring good equipment are also higher?
: Players can obtain equipment with better performance than existing items from the Lv.40 Dungeons, which is why the required Gear Score is also higher than that of existing dungeons. Although the prep work required to enter the dungeons won’t be a walk in the park, players will be rewarded with corresponding powerful equipment.

Q13. Can you provide more details on the Rune Adjustment system?
: A system where players can use a Regrant Card (official name TBD) obtained from in-game content to regrant an existing item’s Rune options is in the works. However, as this is a convenience system for reaching late game content, this system will only be available if you play up to the mid-late stages of the game.

Q14. Can the Viewing Feature be updated earlier?
: We understand that in certain situations, players would like to see the information of other players. However, since convenience functions are updated in order, please understand that it would be difficult to change the existing schedule.

Q15. Is a PvE and PvP preset feature for changing Blessings, skills and equipped items already being developed?
: We are currently developing a feature that allows players to easily switch between presets of skills, Blessings and equipment. This system will consume in-game currency for changing presets, and we aim to release it in January 2022.

Q16. Why is the PVP Season starting when PvP has yet to be balanced?
: Class balance will be adjusted in the upcoming update, and a PvP balance patch will be among the modifications made. We are approaching the issue from multiple perspectives to create a fair competitive PvP environment, and expect battlefield content to be even more active after the October update.

Q17. Will there be new Dungeon and Battlefield maps?
: We are continuously designing and creating new Dungeons and Battlefields. New maps that go well with the world of Bless Unleashed are being prepared, and will be released as soon as they’re ready.

Q18. This was not mentioned in the Roadmap, but are there plans for content/games that can be enjoyed within the Estate?
: We are aware of community suggestions on various Estate content such as fishing, gathering, and mining within the Estate. However nothing has been confirmed, and we are still working on ways to enhance Estate content.

Q19. This was also not mentioned in the Roadmap, but is a PC exclusive UI being developed?
: PC friendly UI is continually being developed, however it does take some time from when development is complete until it is actually applied. Updates will be provide through future announcements.

Q20. When will the 10-player Raid be released?
: It is currently being developed with a release goal in the first half of next year. The design consists of having 10 players working together to fight against giant boss monsters such as Elfirkraag (a new monster to be released soon.)

The upcoming October update will be made available through a patch on October 28th.
Please look forward to it!