Choose from 4 unique races to represent your character. 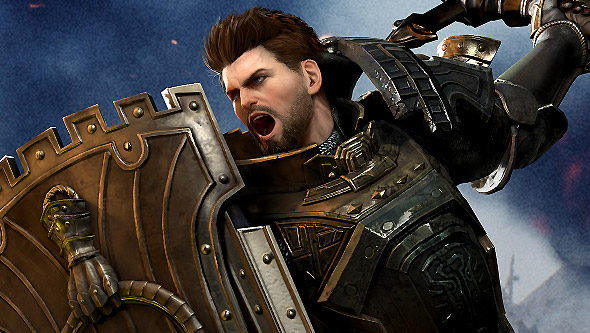 Humans are the most adaptable and populous in the world of Lumios. The human race excels at surviving in the harsh world around them.

According to elven historical texts, humans first appeared on Lumios near what is now Carzacor. At the time, it was an area inhabited by tribes of orcs who were distrustful and killed any human they saw to defend their land.

Over time the orcs realized that the humans were not a threat, and what was once a matter of life and death turned into a sport as the orcs purposely sought out solo or small groups of humans. Finding safety in numbers, the ever adaptable humans quickly banded together. However orc hunting parties continued to expand in size as they were used to their blood sport and unable to give up their prey. As a result, human groups also continued to grow, continuing the cycle between the hunter and the hunted. Looking for a new and better way to defend themselves, the humans began to build fortifications, which led to the first human cities.

The human cities became defensible strongholds, allowing them to establish themselves in the area. Safe behind their walls, the humans prospered and soon their population outgrew that of the orcs. With their superior numbers, the humans drove out the orcs from their lands.

With the threat of the orcs dealt with, the humans thrived for a short while. As young races are known to do, they soon began to squabble amongst themselves, leading to the Second Tribal War. This time however, it was the human tribes who fought and conquered each other.

The victors founded the first human states, but the warring continued until only one remained and became what is now know as the Old Empire. This brought an end to what is now referred to as “The Dark Age” by modern human scholars.

Ever resourceful, the humans of this war-united nation dramatically expanded their empire by creating expansive roads, waterways, and trading hubs. Trade flourished between the races, and the humans learned magic from the ancient elves while teaching them techniques for human infrastructure. Grain and drink was also traded with the vargs for luxurious furs and tasty meats.

Humanity's competitive nature was its biggest strength and weakness. The chaotic and warring nature of humankind continued even while they flourished across Lumios. As time went on, the human mages sought more and more power, eventually discovering what they thought may be an avenue to greater power through magic the elves had long since forbidden.

At the Nightspire, a group of human mages known as the Savantis tried to open a gate to another dimension using new magic they did not understand. However their attempts went horribly wrong and massive earthquakes shook the land while an army of nightmare creatures escaped into the world, wreaking havoc as they went. In the end, the Old Empire collapsed into ruin, and this event would become known to most as “The Breaking”. 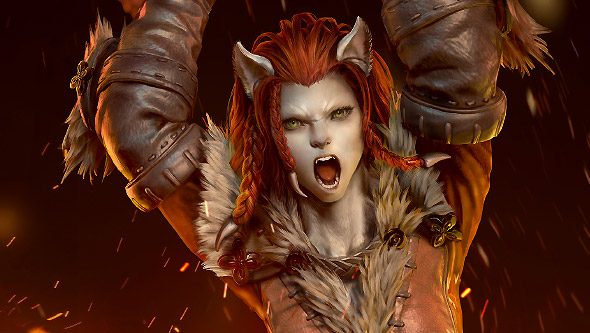 The varg were not always the fierce warriors they are today.

Contrary to their formidable looks, they were once a peaceful race content with dwelling in the solitude of the forests. They refused to engage with other races, lest they be forced to partake in their petty squabbles.

This changed with The Breaking. When the dimensional boundaries were wrenched open and shadowspawn poured from the Kannus Mountains, the varg watched in horror as their beloved forest homes were annihilated. The varg recklessly pushed into enemy formations, carving great swaths through the hordes of enemies with a ferocious disregard for their own survival. Blood dripping from their axes and swords, the varg as a race were altered forever.

Since that fateful victory, the varg have once again retreated into the quiet of their forests.
But their peace is watchful and their hearts wary, for that day is seared like a blight in their history.
They know now that peace is fragile, and goodness cannot fight back with its name untarnished.
They are now relentless champions of all that is good. 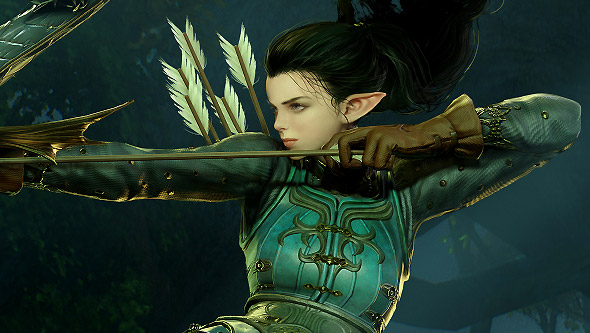 Once immortal, the elves lived in peace. After the tragedy of The Breaking, the elves were forced to join forces with the other races for their own survival.

The elves are the oldest living race on Lumios. Protected by the World Tree, Lily’anthes, they lived with little worry, focusing their lives on the arts, music, and magical studies. The population of the immortal elves remained small as they saw little need to propagate.

THE RISE OF HUMANS

After humanity’s “Dark Age” some elves joined the Old Empire, seeking to forge a peaceful bond with the newer, pragmatic race. In time, the elves began teaching humankind the ways of magic to strengthen their relationship. Their generosity however, became their downfall as the ambitious humans eventually became jealous of the masterful and magically-inclined elves.

The elves' greatest failure was not teaching the dangers of darker magic to the humans. In time, a group of humanity’s magic scholars from Ordo University stumbled upon a forbidden magic. Believing they had finally surpassed their elven instructors, they delved deep into this forbidden magic, eventually bringing about The Breaking. During The Breaking, the World Tree Lily’anthes was permanently wounded and has since been burning in inextinguishable flames from another world. Then, the immortality of the elves was lost forever.

A NEW LIFE FOR THE ELVES

Spurred on by the need for their race to survive, the elven populace has grown since the disaster of The Breaking. Searching for ways to heal the World Tree, the elves spread out from their secluded home. In the centuries since, they have adapted to their new environments and evolved into several offshoot races. 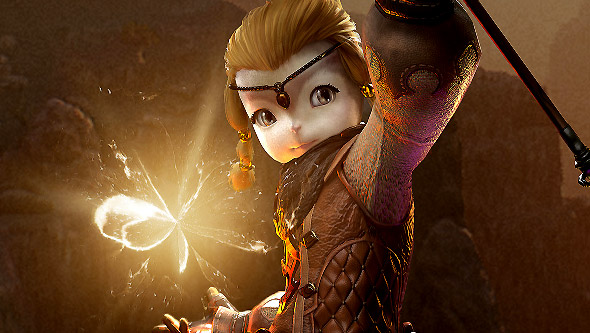 The ippin race has the shortest history in Lumios. Many technologies were brought by the ippin, including the compass, steam engines, and airships. They were even the first to gaze up and map the stars, measuring the movement of the heavens to aid in navigation.

The ippin have fully integrated into society on Lumios, and have found their place in overseeing the banks and treasuries of the world. Using their gifts, they also play a key role in advancing technology and managing the finances of various governments on the continent.

The early elves suggest that the ippin were the last to appear on Lumios. According to ancient texts, the ippin first arrived on Lumios when their airship crash-landed on the continent at some point during the Second Tribal War. Immediately after the crash, the ippin explorers destroyed all written records of their homeland to ensure its security. Without writings, the stories told faded and the knowledge of their homeland has since been lost even to the ippin themselves.

The ippin were lucky to land in Lumios in the midst of a war as their arrival was dismissed with more pressing matters on the minds of the other races. They were an agreeable race, eager to share their views and technology which allowed them to integrate into the various societies on Lumios quickly with ease.