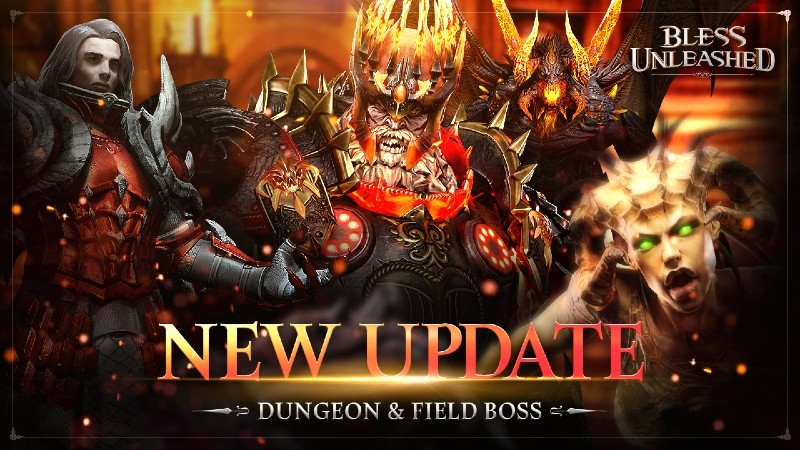 Greetings Adventurers,
We are excited to announce that Bless Unleashed PC’s first update is now live!

This update introduces the new Nightspire Dungeon and Field Boss, Twisted Void Spider Queen, providing a new challenge to even the strongest players. Employ a variety of action combat styles as you take on the diverse patterns of these formidable foes.
It won’t be easy, but with allies you just might be able to beat it.

In addition to the update, a server patch was also applied in response to previously identified issues. 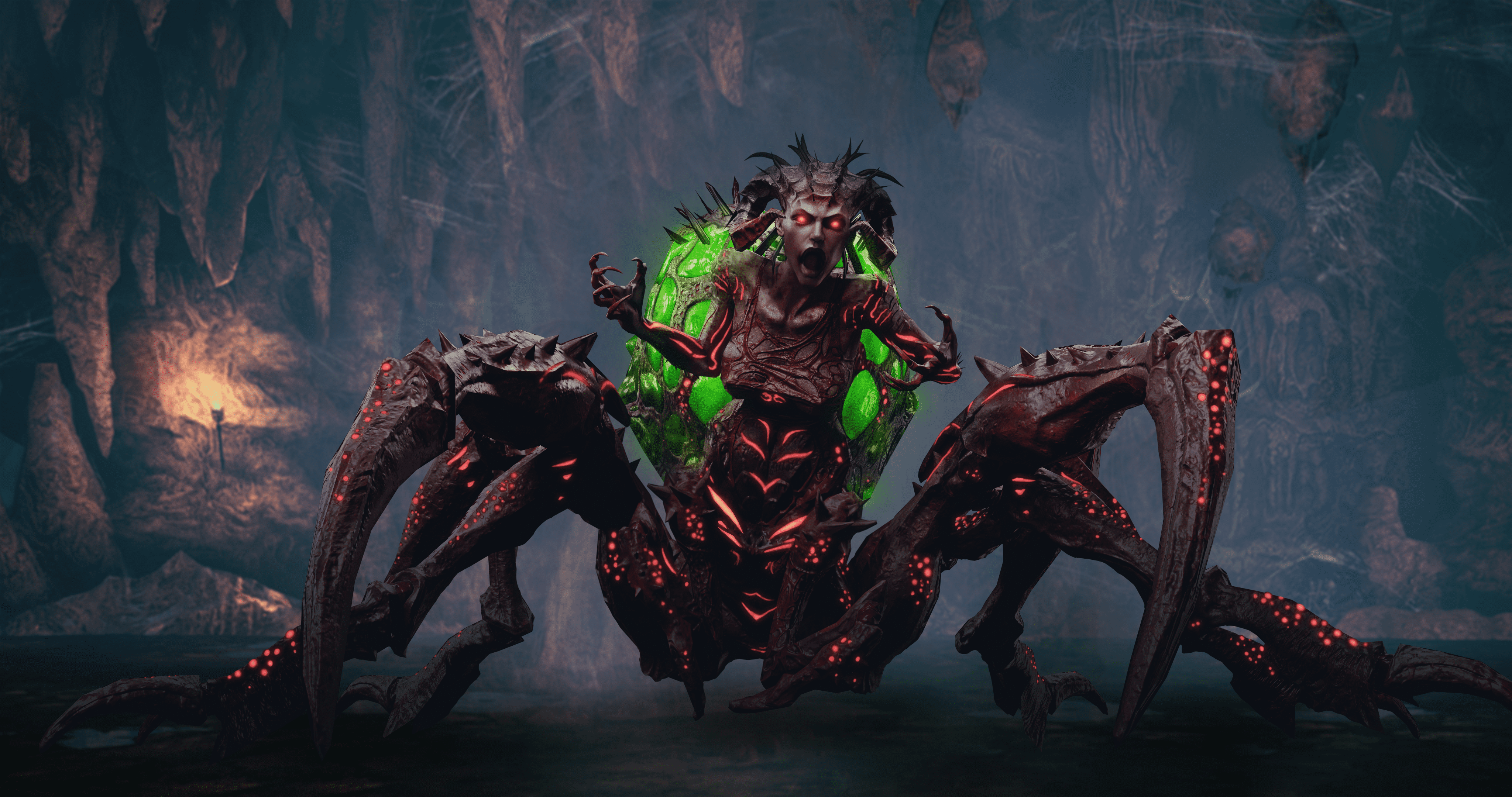 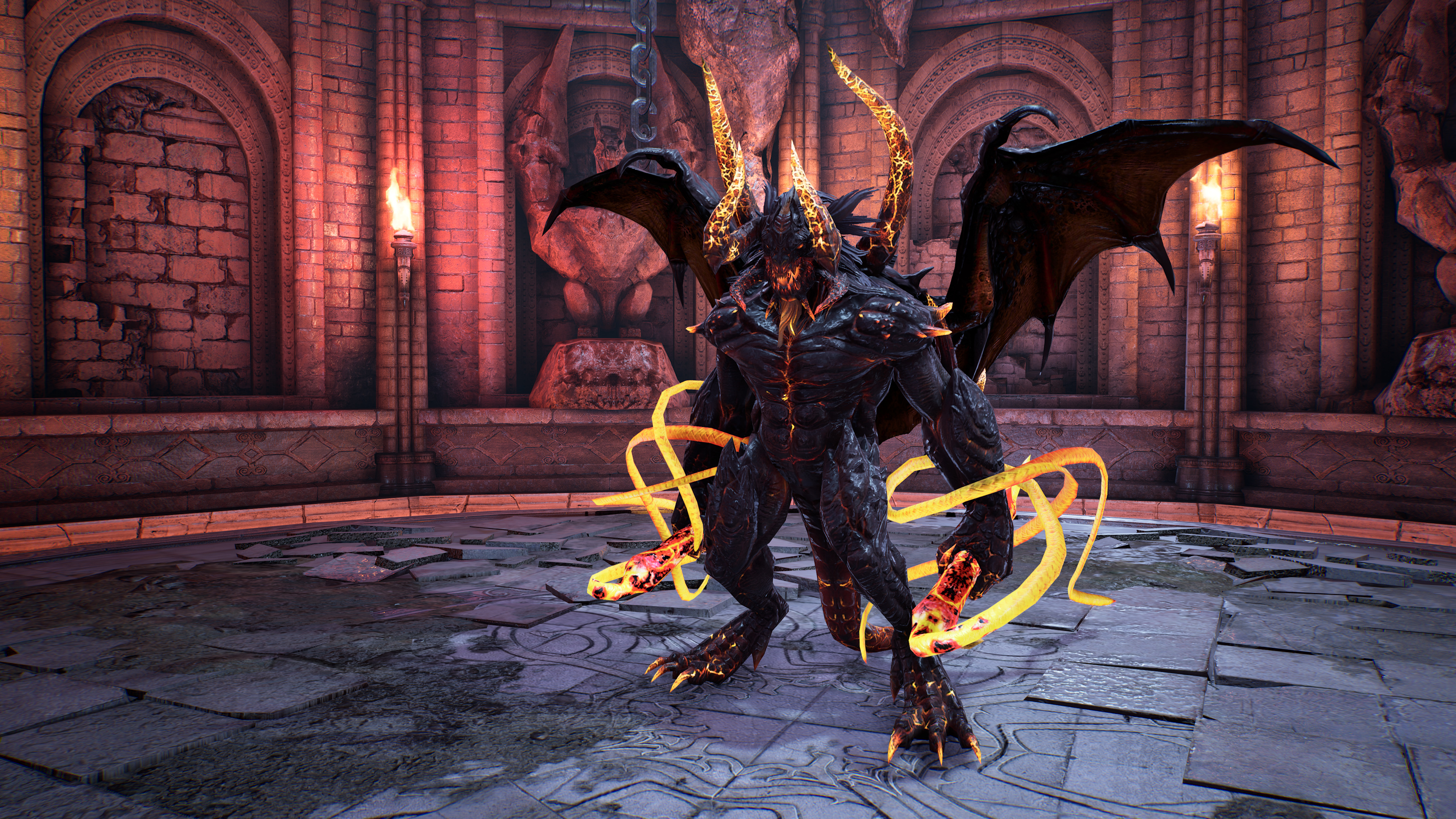 Hundreds of years ago, in the Dimensional Rift, a group of evil Savantis magicians were exiled and sealed due to their practice in forbidden magic, but Gideon, the descendant of the Savantis, recently broke the seal which takes form of a black tower, and this incident was named, the “Nightspire” incident.

There are three parts to the dungeon, “The Nightspire - Caverns of Wrath”. Similar to other dungeons, you will face, and challenge dungeon bosses placed in each parts of the dungeons. Team up with your allies and make sure to challenge these dungeon bosses.

■ Cash Products not Tradable
- Products in Lumena Shop will become a non-tradable item, which cannot be registered in the Marketplace.

[Ancient Altar]
- Changed so that drawing Superior Bless Breaths at the Ancient Altar will be available up to 30 times a day.

■ Blessings
- The Lionheart
Madness of Fire
- Removed the vibration effect of camera when meteors fall by the “Madness of Fire” effect of Mage’s The Lionheart.
■ Fixed Bug
Fixed a bug where the Mana bubble was not created even after hitting with Mage’s “Arcane Flash” skill twice.

[Quest]
As “Twisted Void Spider Queen” is added, it has been added to the regional quest “Defeat the Spider Queen”.
Fixed a bug where the “Subdue the Saboteur” quest of Timeless Jungle couldn’t be completed if players interacted with the “Juju” NPC from far.
Fixed so that the reward of the “An Overdue Exorcism” regional quest in Beoran follows the monster’s level.

[Dungeon]
Fixed an issue where after defeating the second boss “Themasu” and “Chitras” in the Time Dungeon “Dreamscale Ruins - Hall of the Eclipse”, players couldn’t move properly on the stairs to the third location.
Fixed a bug where if matchmaking continues for longer than a certain amount of time, it will cancel before matchmaking again.

[UI/UX]
Fixed the message appeared when players move to the character selection screen from the Warlords Arena that stated that players can re-access the Warlords Arena after a certain period of time.
- When you exit from Warlords Arena, you won’t re-access the Warlords Arena.
Fixed a bug where Charge UI still remained even after the Charge skill was cancelled by the attack from some monsters.
Fixed an issue where the objective of the “Taken for Granite” quest received from “Aiden” NPC in Navarra was incorrectly described in the World Map.
Fixed an issue where Guild UI was not completely showing in the “Edit Guild Emblem” menu when the display setting is “Windowed” with 1680 X 1050.
Fixed a bug where it was displaying the Guild Contribution Points of the other character that was previously accessed.
Fixed an issue where the Near Death mark was not showing in the Party HUD when a party member is in a Near Death state in Dungeon.
Fixed an issue where one of the Premium Benefits, “Increases Crafting XP Gain +10%”, was not showing in the Crafting UI.
Changed some part of the description of “Material Recycling” of the “Touch of Paetion” Blessing from “return some consumed materials” to “return all consumed materials”.
Fixed a bug where the icon was incorrectly displayed during the “Heart of Stone” quest in Gnoll Wastes.
Fixed so that characters below Lv.5 will be able to see the chats.
- Chatting is still available from Lv.5.
Fixed an issue where a system message “Monsters that are 8 levels above or below you will not give item rewards.” is displayed during the combat with “Kobold Foreman”.
Increased the maximum number of items per Bag slot for Enhancement materials and Crafting materials from 100 to 300.
To reorganize the number of items per slot, Bag > Consumables > Sort > Organize Items

[Monster]
As there was an area in Volcanic Wyvern of Zenkala where players can attack “Stonescale Wyvern” without being attacked, fixed so that the monster will be reset if players move to the area.

[Fixed Bug]
Fixed a bug where when players purchase or retrieve the upgraded or enhanced equipment from the Marketplace, the attachment in the Mail shows the icon without upgrade or enhancement.
Fixed an issue where the game client is sometimes closed when turning on the Pathfinding.
Fixed a bug where players are sometimes resurrected in the air when being resurrected in Niaren Village of Eidolon Forest.
Fixed a bug where deleted Guilds were searched when searching a Guild.
Fixed an issue where players get higher scores after clearing “The Nightspire - Entropic Descent” Dungeon due to the wrong computing standard for the rank.

In order to provide an enjoyable game experience to the adventurers who join us for the first update and the beginning of the new season of Bless Unleashed, we are giving the new Premium Bless Pass “Changing World” and Premium Benefits (7 Days) as a gift. Go receive them now if you didn’t yet.

Enter the world of Bless Unleashed right now and do not miss the chance to experience the new update.
Thank you.